A little more than four years ago, when Dawn Oates took her youngest daughter, Harper, to a neighborhood playground in Boston to play with her older twin siblings, she found herself deeply dispirited.

For Harper, an eager two-year old born with a debilitating spinal cord injury at birth, there was nowhere to play. Graded walkways designed to meet Americans with Disabilities Act accessibility standards offered a path for wheelchairs to enter the play area, but they failed to account for something critical: inclusion in the play itself.

Rather than coldly accepting the status quo, Oates decided to do something to change it. “[I] saw the need to go above and beyond ADA compliant. It’s one thing to access a space. It’s another thing to be involved in the activities; that is what inclusion is all about,” Oates says.

Not long after, she founded Play Brigade, a nonprofit self-described as a “brigade of volunteers, corporations and community leaders dedicated to creating opportunities for inclusive play, recreation, and sports, where everyone participates and belongs, regardless of age or ability.”

The organization has already influenced the design of several Boston area playgrounds, so they accommodate more children, including those whose diagnoses otherwise might leave them excluded from play. 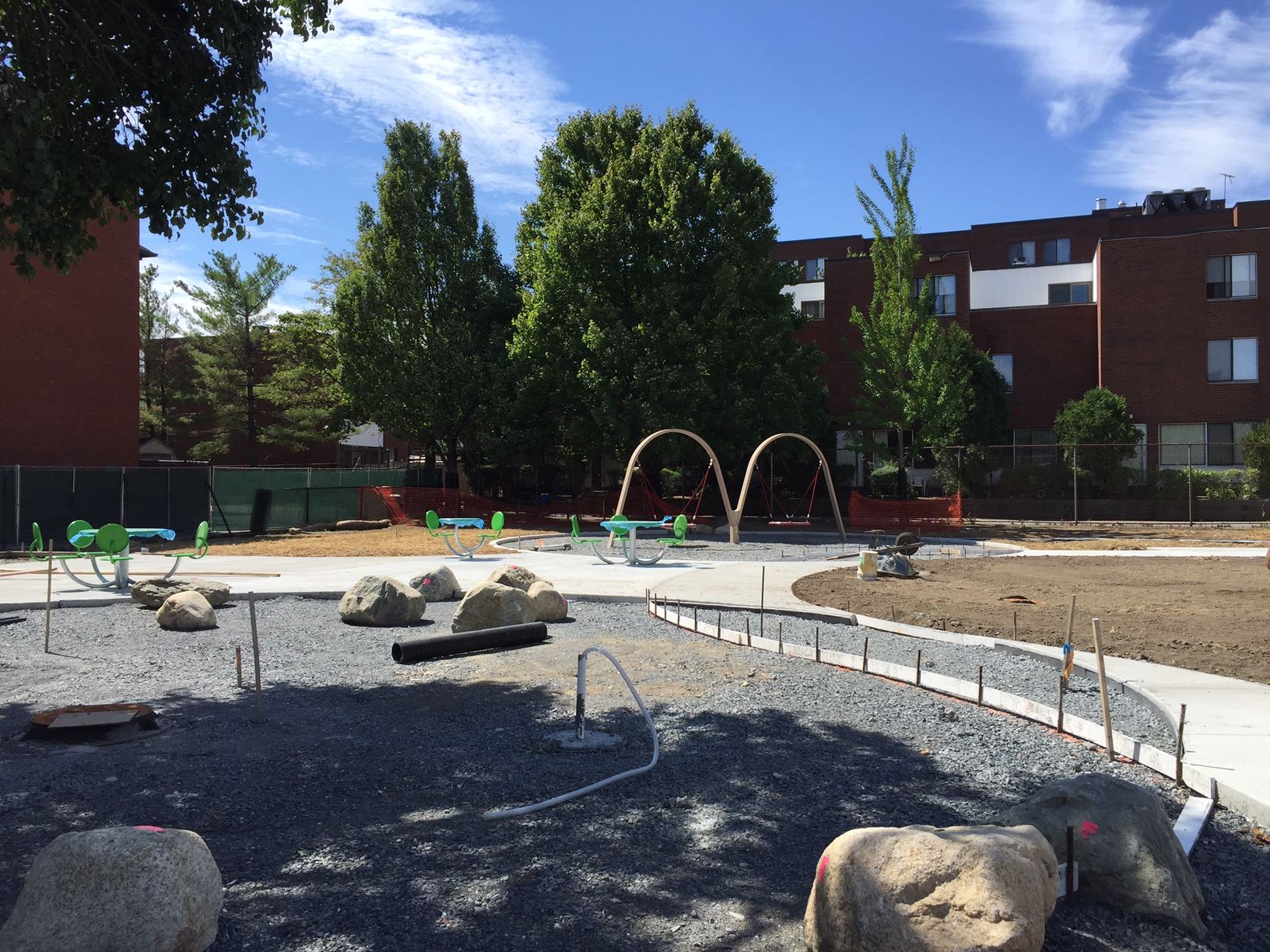 One of the most notable examples is the recently renovated Brookline Avenue playground, a four-acre park in North Brookline at the corner of Aspinwall Avenue and Brookline Avenue. Situated within an integrated design that includes a large athletic field and ballfield, the playground is fully accessible via concrete walks, plazas and specialized safety surfacing

During the playground’s public review process, Oates met with members of the Brookline Department of Parks and Recreation design committee, urging them to include Goric’s Integration Carousel in the design. She had seen the flush-mounted piece on a visit to Spaulding Rehabilitation Hospital and was impressed with its ability to engage children of all abilities. “I thought, ‘wow’ isn’t that fantastic. But I have to have one closer to home. I can’t drive my daughter an hour to go to that playground so she can play on it with other kids,” Oates says.

Though the committee was initially hesitant to approve additional investment, a reluctance Oates says is common among parks departments, school districts, and municipalities contemplating accommodations for those with exceptional mobility or cognitive needs, its value, both from a business and social justice standpoint, ultimately won out.

“There is fear of making things inclusive, whether it’s a playground, theater, or any other fun space. The misconception is its costs a lot of money and only serves a small number of people. But the reality is it doesn’t cost that much more and can serve a lot more people. You’re not excluding the 20 percent of the population with disabilities,” Oates says.

An inclusive team from Play Brigade who participated in the 2017 Boston marathon helped raise funds to support the city’s purchase of the carousel. Goric’s Rolling Bells, Rain Maker, and Farm Pump were also included in the design.

Interestingly, Oates notes that while some specialized playground equipment—a handicapped accessibility swing, for example —might contribute to the perceived division between typically developing children and those with disabilities (“parents might admonish their neurotypical children and say ‘that’s not for you’ when they try to sit on a handicapped swing,”) the Integration Carousel has the opposite effect, enticing children of all abilities to play together in a single group. 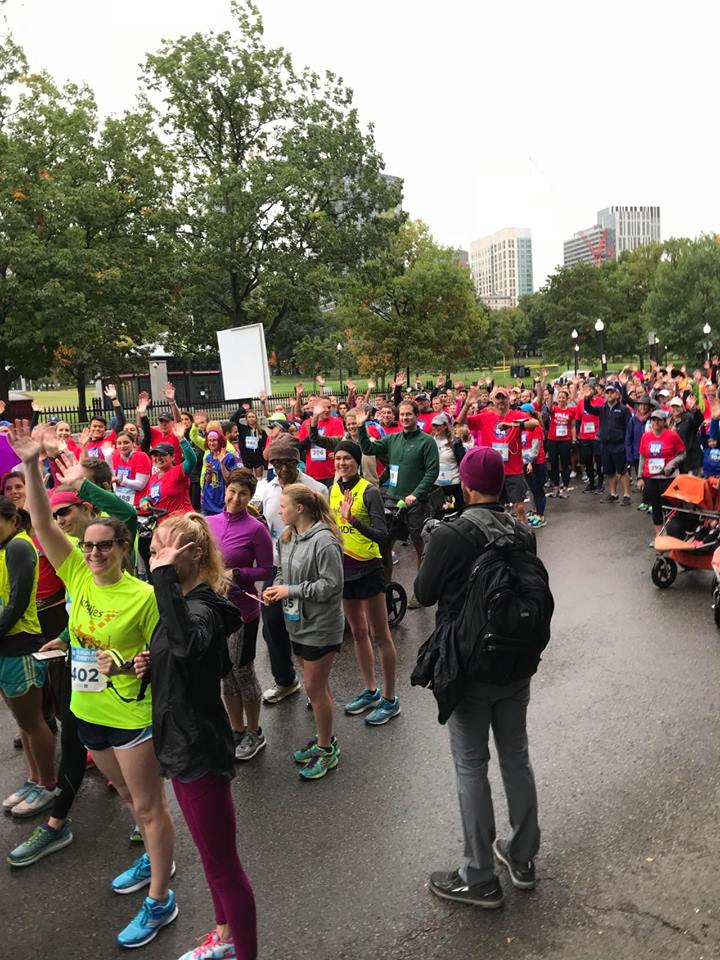 Advocating for inclusive playgrounds is only one aspect of Play Brigade’s work, which includes leadership advocacy, event planning, and community building on a range of projects. As social advocates for the disabled, the organization has fielded an inclusive team of runners at the Boston marathon 2015-2018, sponsored the Boston Abilities Expo, and raised public awareness of the importance of their cause through Dancing with the Brookline Stars, an Emmy-nominated charity fundraiser in which Oates performed a dance routine with Bob Burres, a veteran who uses a wheelchair.

“It’s not enough to show community leaders the importance of inclusion, we must get the community to rally around it by creating programs to see it and feel it. People who saw [Dancing with Brookline Stars] were moved to stand and applaud. They were thrilled to see Bob and I, it was a mindbender, no one expected to see him dance. It’s truly an illustration of what this is and how important it is.”

Now that their work is being widely embraced in Boston, they hope to broaden their reach by training like-minded organizations. “We’re shifting our focus to making materials we can share with other towns and community groups, so they can replicate what we’ve been doing in Boston. It’s the old adage, ‘Give a man a fish he eats for a year. Teach a man to fish he eats for a lifetime.’” Oates says.