Toshiko MacAdam was already an accomplished artist in the Fibre Arts movement long before she began exploring the possibilities of creating textile playscapes. In fact, she was exhibiting a three-dimensional textile sculpture in Tokyo when she observed children climbing on her work. Instead of reacting strongly as one might expect of an artist, this moment marked the beginning of a remarkable transformation. She was reportedly struck by how the children’s playful behavior made her work come alive. It was a moment that changed the course of her career. Over the course of many years Mrs. MacAdam’s artistic efforts began to evolve towards more interactive installations and permanent playscapes. 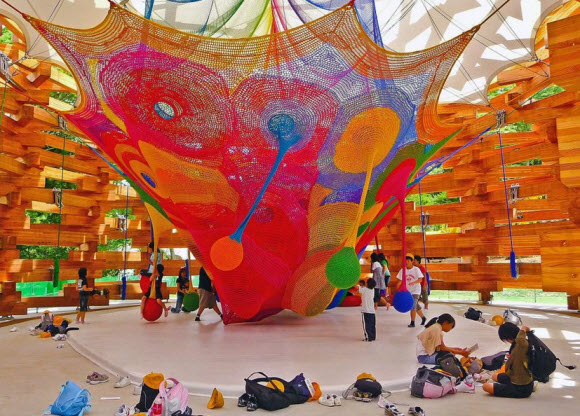 Mrs. MacAdam is perhaps most well known for her installation in Takino Suzuran Hillside National Park. The colorful nylon and wood structure took 3 years and a few metric tons of rope to create. It was knit almost entirely by hand, with a just a few machine-made knots used at key structural stress points. Children are invited to climb inside and outside of the netted structure and can spend hours exploring and challenging themselves through play. The play area has a wonderful inside/outside effect with the netting structure housed inside a timber dome that was built using ancient Japanese temple techniques. Properly maintained, the structure can last hundreds of years, and is built entirely without any metal. 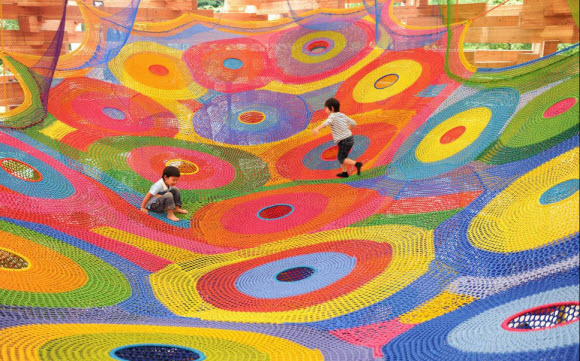 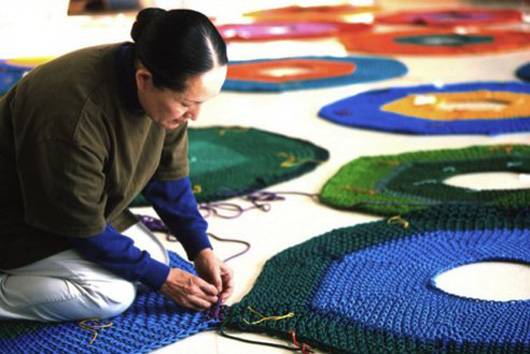 The colorful playscapes are made almost exclusively of thick nylon rope, chosen for its resilience and ability to stretch while maintaining structural strength. Mrs. MacAdam’s work brings the very idea of play to life as even the slightest movement will cascade through her crocheted structures, imbuing them with an almost living vibrancy. The effect invokes a desire to play that is nearly impossible to resist as both children and adults feel compelled to climb, jump, fall, bounce, and explore the colorful playscapes. 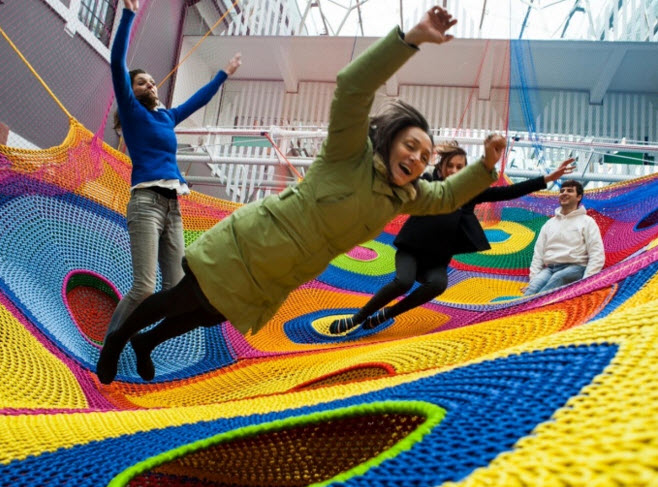 From Artist to Playscape Designer and Back 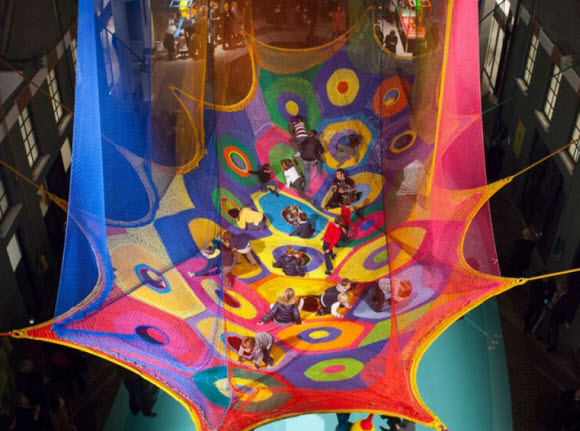 In 1990, Mrs. MacAdam and her husband, Charles MacAdam, established Interplay Design and Manufacturing in Nova Scotia, Canada. The company’s first effort was the Takino Suzuran Hillside National Park mentioned above, which won a national design award in 1992. Projects can now be found worldwide in Spain, Singapore, Shanghai, and Seoul. In addition to permanent works, Mrs. MacAdam’s crocheted playscapes often tour modern art museums around the world. 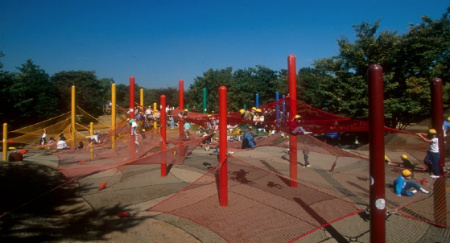 Each piece created by Mrs. MacAdam is unique and involves years of effort to produce. Whether found in a museum or a park, her work speaks to the idea that play should be an integral part of everyone’s life and not just an activity for children. Her ability to inspire both children and adults to play is a reminder that fully engaging the world around us requires the physical desire to reach outside of our normal confines, grab hold of what we may find, and climb.