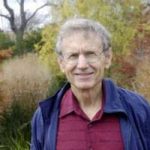 As a child on a small farm in southwestern Arkansas, Joe Frost played with his friends in the foothills of the Ouachita Mountains. He played war and chase, built dams in the stream behind his grade school, and piled on his classmates in a game called “Dog Pile.” He devoured library books, government  pamphlets, comics,… END_OF_DOCUMENT_TOKEN_TO_BE_REPLACED