Landscape architecture is in need of more diversity. While professionals of color are designing outdoor spaces and green infrastructure responsive to their communities – from parks and playgrounds to campuses and residential properties – the demographics of the profession fail to reflect those of the wider population.

As reported in a newsletter of the American Society of Landscape Architects, African Americans and Latinos together account for less than 10 percent of graduating landscape architects. This stands at odds with U.S. Census data, which estimate that minorities, now 37 percent of the U.S. population, will comprise 57 percent by 2060. Forty years may seem like a long way away, but it’s less than half the lifespan of an oak; change is coming fast. 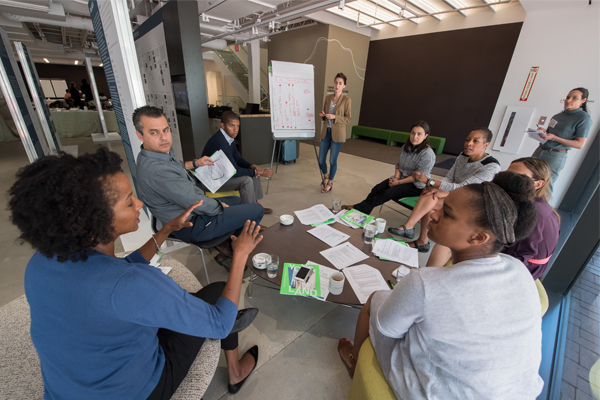 Small group discussions at the Diversity SuperSummit / photo by EPNAC.com, via The Field

Melisa Henao-Robledo, ASLA, a business development representative for Landscape Forms and a member of the City of Austin Design Commission writes in an article published on Linked In, “to remain relevant as a profession and to the country’s increasingly diverse communities, landscape architecture must respond to the need for a more culturally and ethnically diverse profession.”

Five years ago, the American Society of Landscape Architects (ASLA) set out to do just that, launching a Diversity Summit to better understand and address the profession’s lack of minority members. The inaugural summit brought to light many of the causes for the profession’s lack of diversity, from lack of recruitment of minorities into academic and mentorship programs to the significant financial and time commitment needed to become a landscape architect. Since then, the summit has evolved to become a comprehensive forum for examining the root causes of these issues and developing action plans, public outreach campaigns, and youth scholarship and mentorship programs. 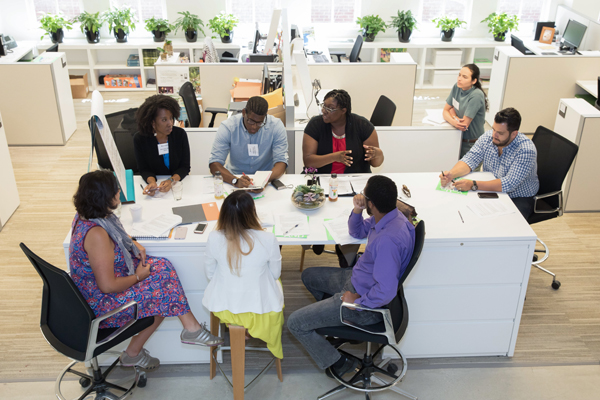 Few articulate the importance of the ASLA Diversity Summit better than the Diana Fernandez, a landscape architect at Sasaki who delivered a potent keynote address at the ASLA’s Annual Meeting and Expo in New Orleans in 2016. Fernandez also spoke as a part of a panel discussing the importance of diversity in design and urban policy alongside speakers Kona Gray, ASLA, Ron Sims, Deputy Secretary for the U.S. Department of Housing and Urban Development (2009-2011), Mark Rios, FASLA, and Lucinda Sanders, FASLA.

“As many of us can attest, it was not an easy road to become a landscape architect. I was born in the Dominican Republic in a village with no running water or electricity and immigrated to New York City with my parents and younger sister when I was five. I grew up in an America of many colors, an America shaped by the ethically and culturally rich environments, defined by the ghettos my parents could afford. When I entered college I became acutely aware that I was an anomaly, the teenage Latina mother who made it to college. These experiences profoundly shaped my perspective on contemporary landscape architecture and public space.”

My participation in the ASLA Diversity Summit altered my perspective and demonstrated how to reassess the relationship between diversity and design. The Diversity Summit empowered my cohort of talented and diverse peers, who shared similar stories of hardships transformed into success through mentorship, to step into the roles of facilitating conversations and leading efforts that address and bring the topic of diversity in design to the forefront.”

Later in her speech, Fernandez notes that the voices and design preferences of minorities are not adequately reflected in models of city development. Her own work, however, is a hopeful exception:

“I am fortunate that my experience empowers me to advocate for more culturally sensitive design strategies such as the use of bright and colorful play equipment, instead of lighter taupe colors, to reflect the vibrancy and effervescence of the community at William Dick School in Philadelphia. My work at the Wilmington Waterfront Park was inspired by front porch typologies reflective of the Los Angeles vernacular where sitting on your front stoop is an experience in celebrating public space. Understanding the unique typologies of the communities served through design is essential in successfully and articulately defining the future of place.” 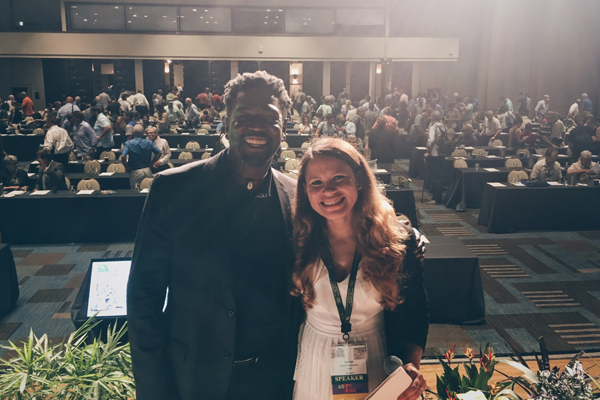 This month, the ASLA opened a call for letters of interest for the 2018 Diversity Summit from June 22-24 at the ASLA Center for Landscape Architecture in Washington, D.C. They are seeking to invite six new participants to join last year’s cohort, all of whom have been invited back. Participants will review benchmarks prioritized from the 2017 Diversity SuperSummit and research and workshop materials for ASLA’s career discovery and diversity program. The application deadline for letters of interest is Wednesday, March 7. Here are full details.

For the future vibrancy of our spaces, it is crucial to expose minority children to landscape architecture at young ages and open accessible academic and mentorship pathways into the field. We hope all interested and qualified candidates of color will consider applying.

Rediscovering What Matters Most

A Plan for Your Elder Playground