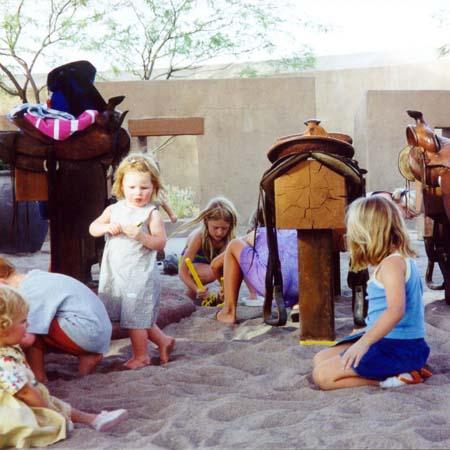 The world is filled with unsung heroes and Susan Goltsman is certainly one of them. As a founding principal of the design firm Moore, Iacofano, Goltsman (MIG), Ms. Goltsman has worked tirelessly to move the idea that, “…every individual has the right to full and equal participation in the built environment,” from a statement of aspiration to a near-foundational element of all urban design, planning, and development. Along the way she has advised government agencies at all levels and contributed extensively to the development of communities around the world.

Ms. Goltsman’s work has resulted in policy frameworks and design standards for the U.S. Army Corp of Engineers, General Services Administration, and cities throughout North America. She helped to establish ADA guidelines for outdoor environments and is co-author of Play for All Guidelines, and The Accessibility Checklist, both of which establish evaluation systems for buildings and outdoor settings. She is also co-author of The Inclusive City: Design Solutions for Buildings, Neighborhoods and Urban Spaces, which goes well beyond playground design to nearly any type of built environment.

In short, if you have visited nearly any major North American city at some point during the last quarter century, you have likely interacted with the results of her work. 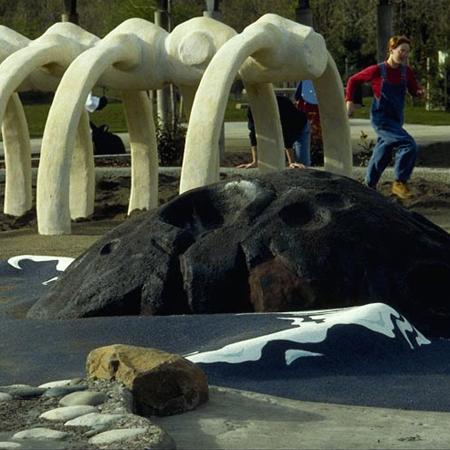 “A quality play area is more than just a collection of play equipment. It is a place for play and learning – a place where children develop essential physical, social and cognitive skills, where different generations share common experiences, and where community members gather and build relationships.” ~ The Inclusive City, Susan Goltsman & Daniel Iacofano

When we are young, when absolutely everything in the world is novel and new, we learn about the world by creating it. By testing our own physical limits against the physical realities of the environment we inhabit, we explore the space before us and expand our abilities. We turn couches into forts and spaceships, mounds of sand into mountain fortresses, platforms, slides, and climbing structures become self-contained worlds built by imagination. Along the way, we learn to reach higher, try harder, and that success depends as much on our ability to form strong relationships with others as it does on our own physical and mental attributes.

Extensive research by Ms. Goltsman and many like-minded colleagues has demonstrated that play environments which invite manipulation are best at encouraging interactions that lead to physical, emotional, and intellectual development. This means that, in certain situations, a vacant lot may be a better playground than the asphalt jungles that can still be found in older developments. Her work has unquestionably contributed a great deal to the emergence of playground designs and playground equipment that intentionally include the area’s natural environment, and allow for a good deal of manipulation and interaction with multiple types of surfaces and elements.

The World is Our Playground, Designing a Better One 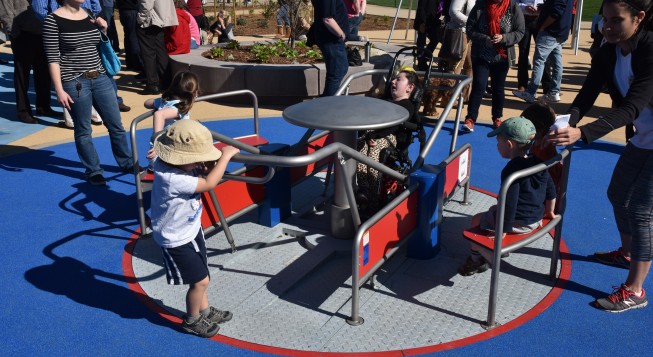 Ms. Goltsman’s projects go well beyond playgrounds and playscapes to include how different aspects of the urban environment, from office towers to industrial areas to schools, museums, and more, all contribute to an entire community’s well-being. Along the way she has earned rewards and recognitions from the National Endowment of the Arts, the American Planning Association, the San Francisco Architectural Foundation, the California Parks and Recreation Society, the American Society of Landscape Architects, the Environmental Design Research Association, the United Cerebral Palsy Association, the Contractors Association, The California Department of Rehabilitation, and the American Zoological and Aquarium Association. Yes, we agree, this is quite the list.

We mention these recognitions not only because they are both individually and collectively very impressive, but to also emphasize the range and diversity of Ms. Goltsman’s impact on nearly the entire landscape of modern life. People regularly credit the Americans with Disabilities Act and similar initiatives with encouraging the integration of all people at every ability level into the fabric of society. There is always a point though where, ‘rubber must meet the road.’ No matter how noble an idea, implementation requires dedication, persistence, and ongoing effort in order to actually produce a better society. Over the course of many years, Ms. Goltsman’s work has demonstrably achieved this goal, to the benefit of us all.