Once in a while, I’ll stumble on an elaborate new play structure that wakes me up to the possibilities of playgrounds. Like a Picasso in a room full of representational still lives, something daring in the design leaps out and demands attention.

The Wallholla is one of those arresting structures. It stands nearly three stories high, and its bright orange, ribbon-like undulating layers are encased in a metal grid cage that resembles a human-scaled hamster maze. Kids can walk on the layers, scale them like hills, or leap across small gaps between the synthetic rubber footings. It is suitable for children aged five to 12, and big enough to hold 30 children at once. 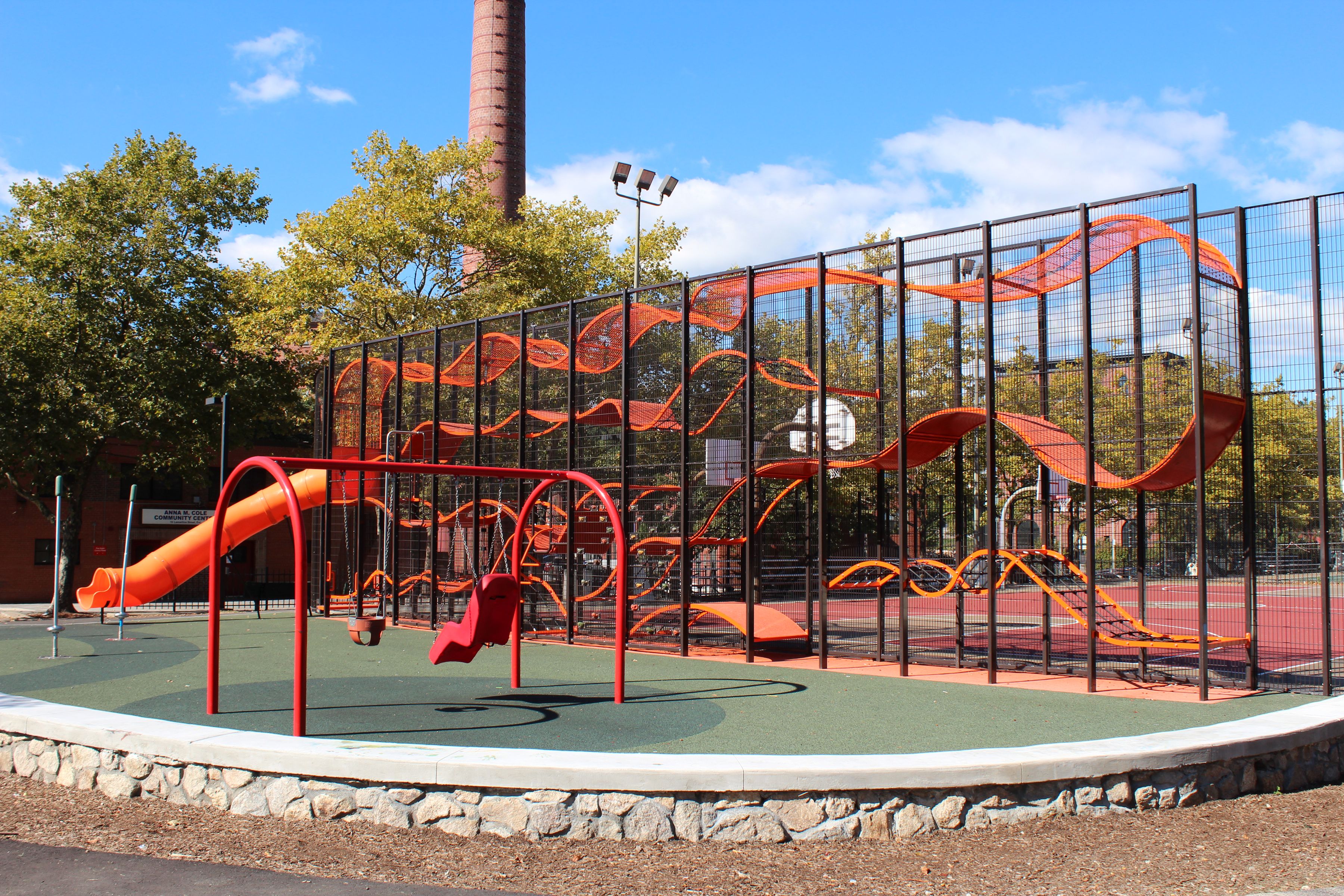 Designed by the Dutch design firm Carve, the Wallholla was nominated for the 2006 Dutch Design Awards in the public space category, a prestigious distinction in a country that gave birth to Aldo van Eyck, and arguably, the basic components of the modern playground.

In a short documentary on Carve’s website, founder and product designer Elger Blitz says Carve’s play areas are unique in that they blend the disciplines of landscape design, architecture, and product design in a way that feels unconstrained and sympathetic to the environment. “Most playgrounds are relatively directed. You go up a stair, you go down a slide. We try to cater for the unexpected. Bring something in that can be used by anyone in a way they didn’t expect or we couldn’t think of,” Blitz says.

The element of surprise is certainly part of the Wallholla’s charm. Openings on the sides of the structure, accessible by hand-holds like those found on rock-climbing walls, let kids get in and out. The vertical grills act as grips, so children can use both hands and feet to navigate the space and conquer obstacles. As a structure, it is self-contained and directionally agnostic. There are no prescribed house rules, no “right” way to play on it.

Originally built in the Netherlands when the city council of Purmerend commissioned Carve to design a new outdoor schoolyard, the play structure was developed with the intention of conserving space and defining a boundary for a soccer field and other recreational zones within the schoolyard. The designers took a typical 80 sq. meter playground and divided it into 4 meter strips. The strips were then stacked and surrounded by metal mesh. The result is a visually stunning play structure that occupies a small footprint and enhances the architectural landscape of the city. 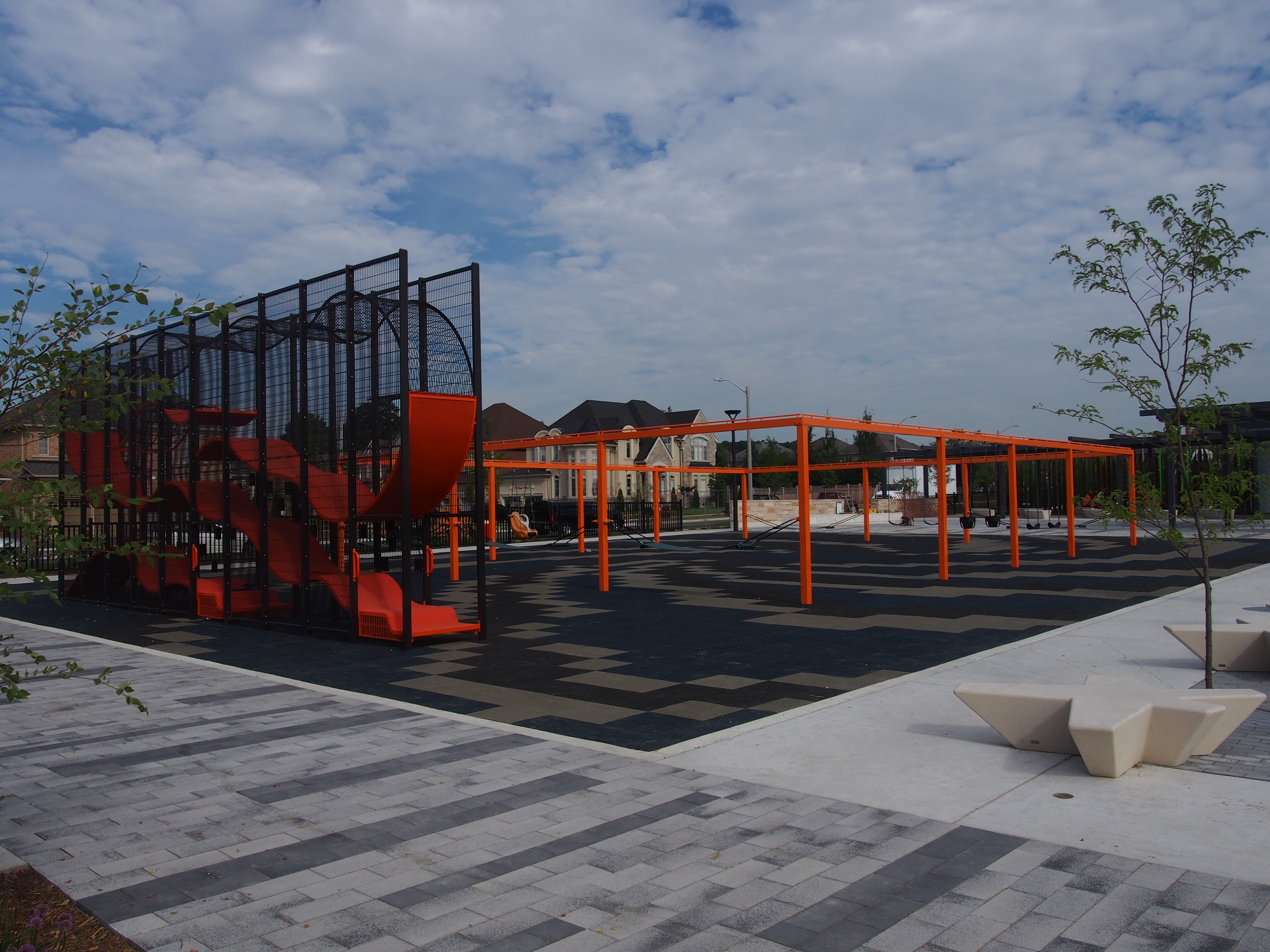 The Walholla has since gained popularity in United States, thanks, in part, to a license Goric has with Carve as the North American distributor. The first Wallholla in the United States was installed in Boston at Jackson Square Park. As with the Purmerends site, it came as a real solution for a small space. The planners wanted to pack in plenty of activity without getting rid of a beloved basketball court. Driving along Columbus Avenue, you can see the orange waves of the Wallholla as if they are suspended in the air. It’s a stunning architectural effect.

The second North American Wallholla was installed in Richmond Hill, Ontario. This was a new neighborhood development where the planners sought a unique and modern playground. Next came a Wallholla at Haggarty Public School in Cambridge, Massachusetts, where the choice was to install a traditional playground in the middle of the yard or install the Wallholla along the retaining wall and use the rest of the yard for a soccer field. The structure has been a huge success among the children at the school. Other Wallhollas have been installed at an outlet mall in Virginia (as a draw for shoppers), a recreation center in California (to encourage fitness), and a multi-use gathering space, dog park, and play area in Washington, DC, developed by Goric in collaboration with the firm Lee & Associates. 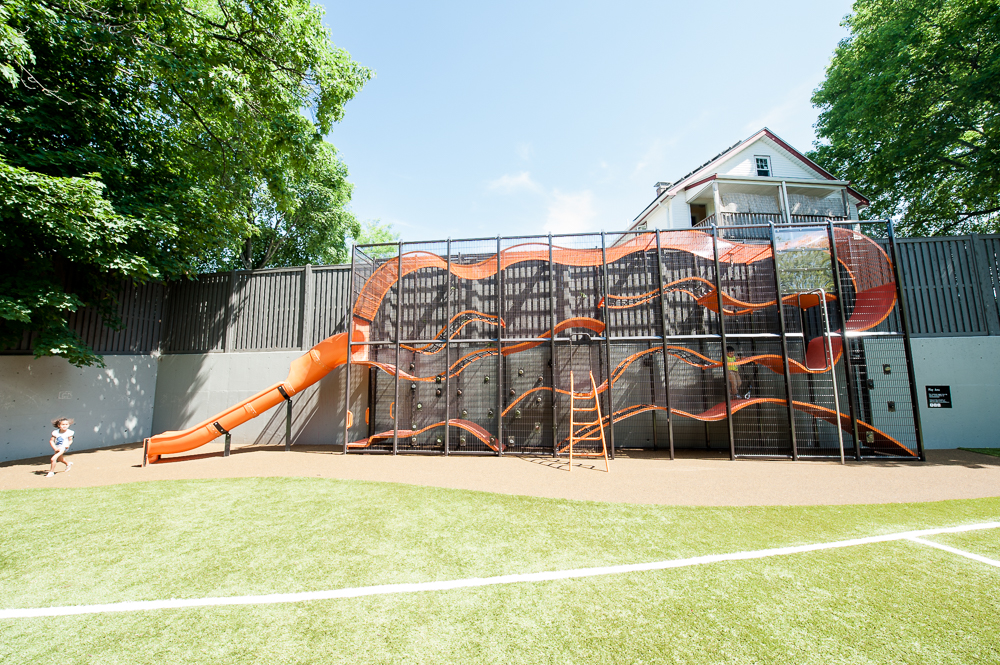 The Walholla has also gained popularity in Singapore, a city-state that regularly appears in the top ranks of globally connected and livable cities, and is known for its strict urban policy guidelines and high quality public green spaces. One blogger calls it the “Pele of urban design.”

Undoubtedly, space is at a premium in the Lion City, where 5.6 million people live on an archipelago of just 130 square kilometers. The need to conserve space, coupled with the government’s embrace of architecturally daring garden and park spaces, may be part of the reason there are now 15 Wallholla playgrounds in the city, eight of which are open to the public. 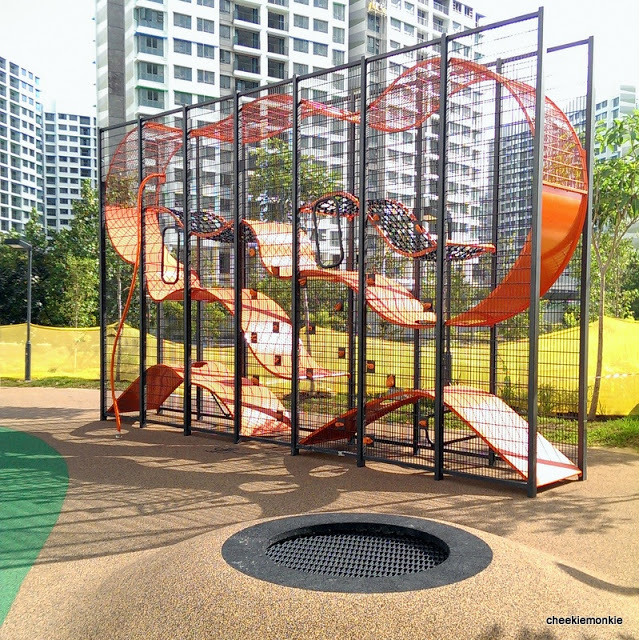 Standard sizes for the American version are 28′, 40′ and 56′ in length, by 4′ in width, by 16’—and the modular design includes component options, such as slides, climbing walls, firefighter poles, and climbing nets and ropes. I’ve never had the pleasure of experiencing the Wallholla first hand. But I hope to do so soon, perhaps on an inaugural visit to Boston. I’m sure my son, who is getting his legs as a climber, will be instantly enthralled.